If you live in SE Asia and you come from a western country then you will likely be bound up in the red tape that surrounds work permits and visas.

All countries have different rules, and sometimes you are lucky enough to work for a large and affluent company that will not only provide you with a work permit and visa, but will have the key personnel in-house to do the entire process for you.

I used to work for such a company, and while working for them in many different countries in SE Asia I never once gave a thought to how lucky I was. Now, living in Thailand, and working under my own steam I have time to reflect upon those times and nod my head ruefully.

For now I must face all of the bureaucratic red tape myself, with no kindly accountant in the next office to help me. I spend my life on Thaivisa.com trying to work out how the rules have changed since the last time I looked  three days previously  and what I must do now to stay legally in the country.

For the first time last week I went on a border bounce to Malaysia. A border bounce is part of the visa run and is necessary if you have a certain class of visa which requires you to leave the country after a few months. Different types of visas force you to actually fly out and back into the country, which is a rather expensive proposition. But a border bounce is just a long drive down to the Malaysian border and back again  all in one, very long day. 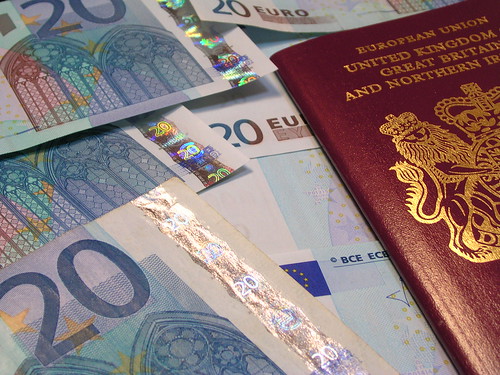 I arose at 4am and was at the pick-up point at 4:40am. The taxi picked up seven of us and took us to the pier where we were to board a ferry from Koh Samui to the mainland. This was all done in relative silence, except for the two Norwegian girls who were still obviously drunk from the night before and hadnt gone to bed. They were having quite the laugh.

Once we reached the mainland a mini-van picked us up. We then proceeded to be driven at speeds approaching light, to the border. We reached it in 3 and a half hours, after one of the briefest toilet stops on record. Once at the border we took our passports in one side of Malaysia, and then out the other. It was very civilized and extremely organised. By this time some of my fellow passengers had woken up. I wished they hadnt. 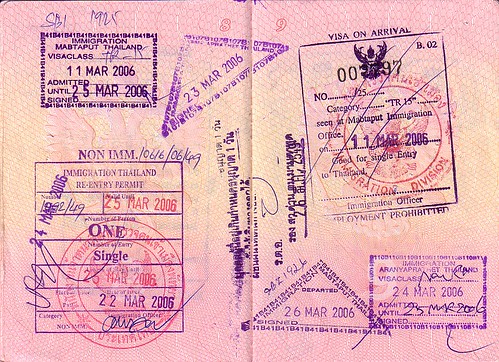 We drove back even faster than before with the suggestion from the driver that we might make the 4pm ferry rather than the 5pm. I was thinking that taking the 5pm ferry couldnt be so bad if making the 4pm would have me in a body bag. But after a toilet stop where I actually sprinted for the rest room and was fully prepared to find the van gone on my return, we continued on and actually made the 4pm ferry. The driver was very happy. I imagine this was because he was that much closer to his evening beer.

On the ferry one of my fellow passengers asked me how long the crossing would take. I rather tartly replied that it would take approximately the same time as it had in the morning  an hour and a half. So that means we will arrive about 5:30pm? Yes. 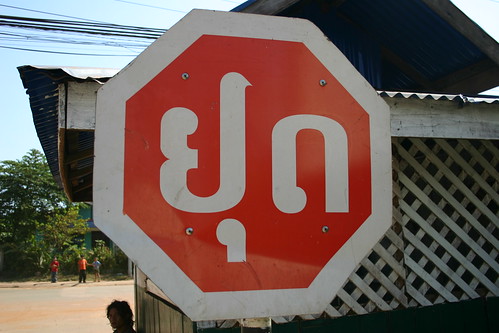 After an uneventful journey we all got off the ferry and piled into the taxi waiting for us at the pier. That is except for the young man who had asked about the length of the journey. He appeared ten minutes later being led by two burly guards, shouting and waving his arms. He got into the taxi visibly upset and then told us that he had just become very, very angry with some Thai people. Why? we asked. Well, I decided to have a foot massage on the ferry and the woman told me it was 300 baht. She said it was for an hour. I asked if I had time for the massage before we arrived in Koh Samui and she assured me I did. She then took my money. Three minutes later the ferry docked.