Photographer Greg Williams started his career as a photojournalist working in the worlds trouble spots such as Burma, Chechnya and Sierra Leone. Later, when he realised that working in war zones might get him killed he began shooting photo-essays, documenting social issues for magazines such as The Sunday Times Magazine and Time. He now says photojournalism still informs what he does, whether he’s shooting on set or in the studio. 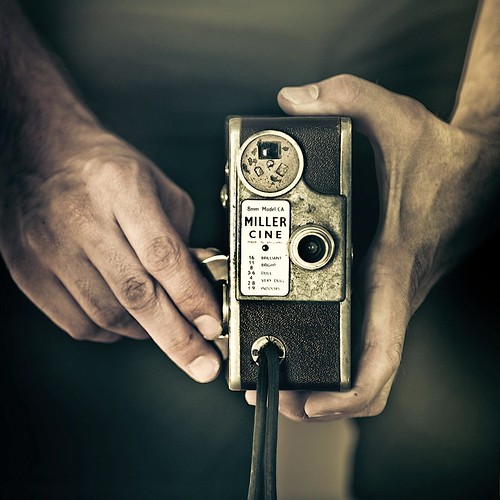 In 1997 Williams career took a new direction when he persuaded the Sunday Times Magazine to let him shoot a photo-essay on the great British film revival. Over the next three years, and after visiting the sets of over 80 films, the project evolved into his first book, Greg Williams On Set.

More on-set work followed, and now Williams is well established as an on-set ‘special photographer’ as well as a celebrity portraitist. He has shot portraits of stars such as Catherine Zeta Jones, Brad Pitt, Daniel Craig, Colin Farrell, Cate Blanchett and John Travolta for magazines including Vanity Fair, Premiere, Esquire and Italian Vogue. ‘In my portraits I now use the same lighting found on film sets, and recreate compositions from my reportage. I also encourage actors to perform rather than just pose. In that way the portraits and reportage have started to converge as one style.’ Williams says.

Williams has also shot posters for some of the worlds biggest movies including Casino Royale and Quantum of Solace. He tries to avoid digital trickery, preferring to shoot against real backgrounds and use in camera special effects than add these elements in post. ‘I like the photos to retain a realistic look where the brief allows,’ he says.

His background in photojournalism also influences his lighting style and he prefers to use natural light if possible, adding lights only when he needs to build and shape his subjects.

Shooting on big movie sets has led to big fashion and advertising assignments such as Dunhill, Tommy Hilfiger and Lacoste, where he uses large crews. ‘You need to have good people and you need to prepare. A big shoot takes days of preparation and it’s not unusual to have 60 people on a set by the time you have clients, publicists, agents, stylists, hair and make-up artists, props, special effects and all their assistants. It’s huge and the pressure would be terrifying if you had a minute to think about it, but luckily you don’t.’

Never one to stand still and always wanting to push the envelope, Greg Williams is embracing the still/movie convergence with a format he dubs the moto. Filming a subject in a static pose and then getting them to move. He has already done this for the last Bond film, Quantum of Solace, where he brought Daniel Craig to life on an electronic poster using RED cameras.

We all know you cant pull stills from video, but Williams says, with the REDs high-resolution footage, you can use stills from it as double-page spreads. He also says his moto images are set up like stills so theres no real difference. Not surprisingly, he was the first photographer to use the camera this way, shooting a story for Italian Vogue.

Hes now experimenting with the Epic camera, the latest offering from RED, which delivers a whopping 5000×5000 pixel images and which Williams got involved with during its development.

What next for this talented photographer who is always looking for new challenges? Well, his ambition now is to make a full-length feature film, he says.
Take a look at this narrative short he shot and ask yourself, has he got what it takes?
‘Tell-Tale’ a short film by Greg Williams